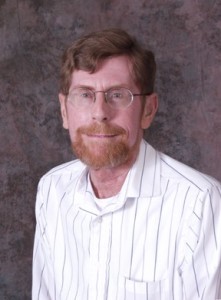 With great sadness we report the passing of Dr. Larry W. Oberley, Professor of Free Radical and Radiation Biology at The University of Iowa. He died peacefully at his home in the early morning of Monday, April 21, 2008, at the age of 62.

Larry’s life was one of triumph and perseverance. Larry’s greatest strength was his ability to collaborate with others. His most valued collaboration was with his wife, Kathleen. Together they raised two young scientists, Rebecca Oberley Deegan and Christopher Oberley. Another collaboration Larry and Kathy shared was home hemodialysis. Since June 26, 1973, Larry had been a dialysis patient. After 33 years of home dialysis, Larry became less mobile, and outpatient dialysis was necessary. Relying on a walker and scooter, Larry continued to work for as many days as his health would allow him. He served on three PhD dissertation committees the week before his death and watched his beloved Chicago Cubs win both weekend games.

Larry’s funeral on April 25, 2008, was a wonderful witness to him as a person and a scientist. Dr. Garry Buettner spoke on behalf of the faculty of The University of Iowa:

“Larry loved ideas. When one of us had a new scientific idea, we would soon be in the other’s office sharing it, getting feedback, expanding it, or—discarding it. Larry was a teachers’ teacher. He helped so many to success. Not just faculty in our immediate department, but faculty and staff across campus, leaders in the business community, and at other universities. ”

Dr. Elaine Sierra-Rivera represented the students, past and current: “To this day, I thank Dr. Oberley for teaching us how to debate, to defend our beliefs regardless of how crazy they might sound, but also to recognize when data speak louder than your hypothesis. In my mind, if this were the only thing we would have takenaway from our relationship with him, it would have been enough.
Dr. Oberley was a constant presence, the best cheerleader anyone could wish for. Even as a cheerleader, though, he never gave up his role of challenging critic. Keeping students engaged is critical for learning how to be a good scientist; he did that.”

“As you all know my father was a wonderful man and scientist. However, I think he was even a better father. Chris and I are probably the two luckiest people here to have had such a loving, caring, and supportive father. He was our softball and baseball coach; he would take us to the playgrounds on Sundays, ride roller coasters with us. He helped us with our homework. When we got older he helped us write papers and prepare for our comprehensive exams. He always made his family top priority. He loved life and was determined to make the most of what he had. He drew a bad hand for his health, but was fortunate to also have drawn the card that allowed him to trump his illness. I hope that the way my father lived his life will be inspirational to each of you and help you to stop sweating the small things and help focus on what is important: to love and respect one another and enjoy life! ”

Dr. Oberley was the Director of the Free Radical and Radiation Biology Graduate Program, Department of Radiation Oncology at The University of Iowa from 1998 until January 2008. He was one of the originators of the Free Radical Theory of Cancer. In 2004 he was honored to receive the lifetime achievement award from the Society for Free Radical Biology and Medicine at the annual meeting in St. Thomas, Virgin Islands.

Larry, along with his twin brother Dr. Terry D. Oberley, involved students as equal partners at every stage of their cutting-edge research. Larry’s devotion to training the next generation of biomedical researchers was deeply rooted in his own belief that basic research could provide answers to human diseases. In the Acknowledgements in Superoxide Dismutase: Volume II that he edited for CRC Press in 1982 he wrote, “As my life has been prolonged by the wonders of science, I hope that the lives of others will be prolonged by the fruits of the knowledge contained in this volume.”

He will be greatly missed by his family and friends as well as the faculty and students who have come to depend on his strength and wisdom. 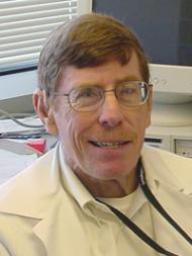 We are saddened by the loss of Dr. Terry Oberley, Professor of Pathology and Laboratory Medicine, who passed away in the early morning of October 15, 2013 at the age of 67.

Dr. Oberley joined the University of Wisconsin in 1974 as an Intern in Pathology and went on to complete both Residency and Fellowship programs here. In 1977, he was appointed as an Assistant Professor and easily progressed through the academic ranks to Professor in 1991. Dr. Oberley also held an appointment at the William S. Middleton Veterans Administration Hospital in Madison, WI and in 2011, received the VA Research Lifetime Achievement Award. Over the years, he has served as Director of Electron Microscopy since 1983, as Interim Chair of the Department in 1995 and as Vice Chair of the Department from 1996 through 2011. Oberley was also a member of the UWCCC Experimental Therapeutics scientific program.

Dr. Oberley was a consummate physician scientist with an unsurpassed passion for his research focusing on free radical biology in cancer. Despite suffering from chronic renal failure necessitating dialysis throughout his entire professional life, he rarely missed a day of work. He mentored numerous graduate students, postdocs and pathology trainees, many of whom now fill academic positions throughout the country.

His expertise, wisdom and humanity will be sorely missed in the Department of Pathology and the UW SMPH, as well as throughout campus and the community.

Dr. Oberley is survived by his sons Matt (Khahn) and Alexander Oberley and his granddaughters Sophia and Juliet Oberley all of Madison, WI.